Skiing the Vallée Blanche in Chamonix with a mountain guide

The ski or snowboard descent of the Vallée Blanche is arguablyone of the most famous Chamonix off-piste routes in the Alps and in the world. This route takes place largely in a glacial environment, stretches over almost 20 kilometers and offers more than 2500 meters of negative elevation in extraordinary high mountain landscapes. The second part of the ski descent of the Vallée Blanche takes the sea of ​​ice, the longest French glacier, which is a witness to climate change. This descent for these reasonsis to be done absolutely… if you have the ski level and the financial means. The photos in this article are mostly from January 2022 and are not copyright free.

The Vallée Blanche: off-piste skiing in the high mountains

What is the Vallée Blanche? Before being the name of an off-piste in Chamonix and the Mont-Blanc massif, it is the name of the glacier which extends between the Col du Midi at 3500 meters altitude and the convergence with the Glacier du Géant at around 2700 meters. The glacier is bounded by the Gros Rognon on the right bank and the Petit Rognon on the left bank. The ski descent of the Aiguille du Midi in Chamonix borrowed its name from that of this glacier even if it is not the only glacier to be skied: those of the Géant, the Tacul and the Mer de Glace are on the ski route.

The Vallée Blanche: the main routes

This satellite photo (taken in summer!) shows the very approximate routes of some downhill routes:

The ski descent of the Vallée Blanche begins with the ascent by gondola to the Aiguille du Midi at an altitude of 3842 meters, obviously the trip has a cost that is not negligible. Up there, oxygen is scarce and we are slowly preparing for the descent of the Aiguille du Midi snow ridge. Depending on the period, you will need glacial mountaineering equipment, a helmet, a rope, crampons and an ice ax to pass this obligatory passage to the slide. . In the winter season, the ridge is equipped by the company which operates the ski lifts with fixed ropes and a passage called « the Z » is laid out. This passage often allows you to get rid of crampons when you have a mountain foot or roped up with a high mountain guide.

Once you have arrived above the Col du Midi, you put on your skis at an altitude of 3600 meters. The viewof the Grandes Jorasses and the Dent du Géant is breathtaking.

We gently leave the plateau of the Col du Midi under the south face of the Aiguille known for its climbing routes to reach the slopes of the Rognon. Here you follow the imposing east face of the Mont-Blanc du Tacul.

Another option is to take the modern Vallée Blanche route which passes at the slightest slope. In this first part of the descent, the landscapes are spectacular.

This part of the descent is often in very good ski conditions, especially after a fresh snowfall.

The arrival at the Requin refuge is one of the most impressive passages of the descent because you pass directly near the impressive ice fall: the Séracs du Géant. At this point, it is possible to reach the refuge of the Requin at the cost of some effort in crossing.

Under the Combe du Requin is the Passage de la Salle à Manger which you cross between the crevasses to reach the right bank of the glacier, where ice is often present. Opposite, you can go ski touring up the Périades glacier towards the Puiseux breach, one of the most beautiful ski tours in the Mont-Blanc massif.

Once past the famous Passage de la Salle à Manger, you arrive on the Tacul glacier, then at the convergence with the Leschaux glacier, on the famous Mer de Glace.

You get fast to the Montenvers to take the train down to Chamonix or you can take advantage of good snow conditions to ski the glacier and rech the Mottets hut then Chamonix using a small path in the trees.

Equipment needed for the descent of the Vallée Blanche

The descent of the Vallée Blanche is not an ordinary resort off-piste and requires in principle to be equipped with ALL mountaineering and off-piste skiing equipment to deal with contingencies: first aid contact (by telephone: 112, by SMS: 114), medicine kit, harness and first aid kit crevasse, ski helmet, crampons, ice axe, rope, transceiver, shovel and snow probe. A backpack that can accommodate skis is essential.

If you go with a high mountain guide, the latter will tell you the appropriate equipment depending on the conditions in the high mountains.

The Vallée Blanche on a snowboard?

The descent of the Vallée Blanche on a snowboard is possible on 2 conditions: that you have a sufficient technical level to avoid falling, pass the flats and make crossings comfortably and that the snow conditions are suitable, if they are too « deep », the many flats will become real hell for you to pass. If in doubt, a pair of telescopic poles can be a good addition to the basic equipment. Warning: you should never leave the two feet of the snowboard and walk on a glacier without being roped, there is a risk of falling into a crevasse. Be aware that mountain guides are specialized in off-piste snowboarding.

Is the Vallée Blanche suitable for children?

Yes, provided that the child is old enough (adolescent), has a sufficient ski level and can physically hold the descent >. Ask the advice of a mountain guide if in doubt.

Do you have the level? Ask a professionnal IFMGA mountain guide

If you have little or no knowledge of the glacial environment and the high mountains and techniques to control the dangers, especially in the event of a fall in a crevasse, it is very strongly recommended to hire the services of a high mountain guide who knows perfectly the routes and the risks inherent in the practice of skiing in the high mountains. He will advise you on the choice of equipment and will inform you about your ability to attempt this mythical descent or not.

Do not hesitate to contact a mountain guide, many of them practice in the Chamonix region, whether they are independent like me or within a Compagnie des Guides. A guide will also open up other perspectives on the mountain.

My private tour is available here: book a guide

If you are going on your own, La Chamoniarde has published a brochure on safety< /a>, do not hesitate to read it while preparing your ski descent of the white valley.

Good skiing in the mountains! 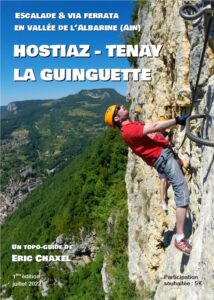 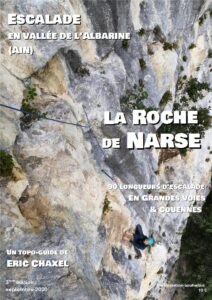